Evidence based practice is an interdisciplinary approach to medical and clinical practice, that has become sort of a buzzword in today’s healthcare industry. The breaking point for evidence based alcohol and drug rehabilitation seemed to come when a segment of the hit show Last Week Tonight with John Oliver aired in May of 2018. This investigatory expose’ highlighted many of the problems with the current state of the American addiction treatment industry. Many other journalistic inquiries have been reported, (notably “Addiction Inc.” by the New York Times and many others) that have highlighted the lack of quality care and oversight in the drug rehab industry.

While there still are no federal standards for rehab programs, our industry had largely been able to self-regulate. This way of doing business has received some justifiably harsh criticism directed towards us, in large part due to the ways some in the rehab industry took advantage of the vulnerable population of alcoholics and drug addicts.

“Unlike other diseases, we do little to effectively prevent and reduce risky use and the vast majority of people in need of addiction treatment do not receive anything that approximates evidence-based care.” The National Center on Addiction and Substance Abuse (CASA) at Columbia University

This 2012 study from Columbia University highlighted the gap between science and practice, noting that many who entered addiction treatment had a low probability of eventually being cured. While we all know that rehab is not a one time, quick-fix, cure-all for addiction, it remains a crucially important first step on an often long road to ultimate recovery.

While there is no cure for addiction, there are effective psychological and pharmaceutical treatment methods that help in managing this potentially deadly disease. Recent advances in neuroscience and behavioral research have shown the complex nature of addiction as a disease of the brain. Yet, modern culture still partially views substance abuse and addiction as a moral failing, one that perpetuates a culture of shame, secrecy and illegality. Many people are still afraid to ask for help to this day. These fears are primarily due to the fact they might go to jail, or that their families would effectively disown them, along with fears of other forms of negative judgment. As science makes advances in treatment outcomes, society’s attitude towards addiction is changing as well.

How do I show that my addiction treatment center offers evidence-based recovery?

Transcending the negative stigma associated with substance abuse and addiction is not the only challenge facing addicts in America today. Finding a drug rehabilitation program that offers the highest levels of quality care can become an exercise in futility. How can you believe all the websites and marketing messages online when everyone is claiming to offer the best in quality care? The most obvious example would be to actually offer treatments and therapies that have an evidence base to support their use. A comprehensive list of the widely-recognized, evidence-based pharmacological and behavioral therapies are listed on the National Institute on Drug Abuse (NIDA) website. If your addiction treatment facility is not using these types of treatment, consider implementing them into your program and promoting them with your marketing messaging.

The availability of science-driven, empirically-supported practices and interventions for substance abuse treatment is constantly expanding as the body of scientific research continues to grow. The University of Washington’s Evidence-Based Practices for Substance Use Disorders database has a searchable index of interventions and treatments, sorted by which practices are appropriate for each circumstance and each type of individual. This database also includes references to supporting literature, instructional manuals, author and developer notes on the treatment and other pertinent information.

When people search for drug rehabilitation, they are primarily concerned with finding the program which is most likely to work for themselves or their loved one who is struggling with addiction. On the Last Week Tonight episode, John Oliver recommends patients and families to start their search at the American Board of Preventative Medicine website. Here, patients can find a doctor who is board certified in addiction medicine who can recommend the most effective treatment for their individual needs. If your facility has a medical doctor on staff, you should strongly encourage them to obtain board certification if they have not already done so. If they have, they can register with their website to be searchable for addiction medicine in your local area.

Medication-assisted treatment can be used for substance abuse and addiction to alcohol, opioids and benzodiazepines. The use of FDA-approved medications, in combination with behavioral therapies to treat substance use disorders is considered evidence-based treatment. Withdrawal symptoms are monitored and treated with medications such as naltrexone for alcohol dependence, buprenorphine or morphine can be used for opiate addiction and a drug taper for benzodiazepine addiction can be performed in a medical setting at a drug rehabilitation clinic. These drugs can aid the recovery effort by blocking cravings and withdrawal symptoms when someone first undergoes detox and stops using the alcohol or drugs. These medications have been shown in numerous studies to increase successful outcomes in drug rehabilitation efforts.

Evidence-based forms of treatment are well-researched and highly effective. As research-based alternatives exist beyond more traditional 12-step approaches to treatment, many prospective clients are searching for addiction treatment that is scientific and research-based. These types of programs are available in virtually all communities in the United States but they are far from the norm. Some independent analysts have reported that less than 10 percent of addiction treatment programs offer evidence based or research based care and fewer than half of those facilities had a medical doctor on staff. We see that this field of addiction recovery will grow exponentially over the next decade, as governments and insurance providers will be adopting more stringent guidelines on what constitutes quality care. Many patient advocates already are calling for these changes to be implemented on federal, state and local levels of government.

As a company who strives to be part of the solution to the nation’s drug epidemic, we welcome many of these higher standards for patient care. Almost every person in the United States has known someone who has died from a drug overdose. On average, 130 people die every day from a drug overdose in the US. The time to make a change is now. 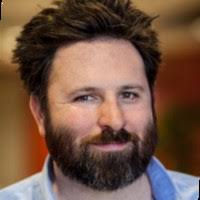 Marketing Expertise Exclusively for the Drug and Alcohol Addiction Treatment Industry.
Call now to see how we can help you. 1-323-524-0528

Toggle the Widgetbar
Let's talk
I know we can help you.

Your Choice:
1. Call 323-524-0528 right now.
2. Enter your email address and we'll reach out with times to call you back.
Your information will never be shared

Get a Free Commercial
No strings attached. Really.